Despite the estimated number of unfilled cybersecurity positions worldwide - over 1 million by some counts - women represent a mere 11% of the industry. That means that we are missing out on almost half of the population’s talent pool, during a period in history when cybercrime poses one of the most menacing threats to our society.

Security Innovation is committed to helping bridge the gender gap in the industry, supporting groups like WISP and others.  But most importantly, we support women in cybersecurity in our offices!

Hear from two of our female engineers, Anna Stenwick and Margaret Ho as to why they got into the field, what challenges they face and how they think we can attract more women to careers in cybersecurity:

Question: What got you interested in security in the first place? Were you intimidated with the strong male presence?

Anna: I got into security by default, I was just looking for a position as a Software Engineer and Security Innovation happened to be where I got a job. But now I am really glad that I'm in the security field, as it's definitely the place to be right now in the software industry. As far as the technology field in general, I had always been interested in math and sciences. In junior college, I took an introductory Comp-Science course as a prerequisite for Mechanical Engineering and loved it, from that point on I switched to taking pre-requisites for Comp-Science. I was never intimated by the male presence, as that was already there with other engineering classes. I've always felt like I belonged in this field and rarely notice our differences. 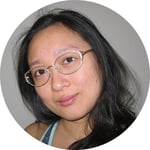 Margaret: There were two main instigators of my interest in security. First was my Introduction to Computer Science professor, who did a great job of highlighting the importance of being mindful about security when writing code. He demonstrated buffer overflows and how to steal session tokens when many popular websites were still running over HTTP unencrypted. In class, we were told about Ken Thompson's Turing Award Lecture, "Reflections on Trusting Trust". It paints a pretty stark picture but taught us that though it may be impossible to ensure that everything is 100% secure, we can be empowered by our knowledge of possible holes to make more informed decisions about how and when to use technology. Soon after being introduced to these ideas of security (or the lack thereof), the Heartbleed Bug was disclosed, and that really solidified in me the importance of writing secure code and the value that people who are knowledgeable about security can bring to the greater public. It's an uphill battle, but there are some really talented, knowledgeable, and good people in the security community trying to keep privacy alive and make software more secure for everyone.

As far as being intimidated in a male-dominated field, I've always sort of been the type of person that likes to go against the grain, prove people wrong, contradict the stereotype, and take on a challenge. I've actually only ever associated with primarily female circles until I started my career in security, so it's quite a change from what I'm used to, but I've been lucky to have had only positive experiences with my male colleagues so far.

Question: What do you find challenging, either socially or technically?

Anna: Socially, it is difficult when someone else assumes you are interested in {fill in the blank} just because of what you are (hacker/developer) rather than who you are. But we all have our own interests and lives outside of work so it's best to just get to know people and appreciate the diversity. Technically, it's challenging to always keep up with all the new technology. Thankfully, we work as a team and it's not required to know *everything*, as we all have our own expertise and contributions.

Margaret: As a woman in the workforce in today's society, one of my biggest frustrations is when someone mentions the "difficulties" having women in the workforce pose, namely, the fact that women often go on to have children, which hampers their career and progress. My main criticism of this argument is that men often go on to become fathers, and there will not be any real progress made in equality of the sexes until we as a society decide that paid paternal leave is just as important as paid maternal leave, and we remove the stigma around taking time off to care for newborns regardless of the gender of the parent.

Question: Do you think there is a fair/unfair stereotype of women in this field?  If so explain?

Anna: Yes, I do. The recent comments made by a certain Google employee are a classic example. I understand that not all women enjoy this type of work, and there may even be less women than men that are interested in security and technology. However, I do feel that there are probably a lot of women out there that don't realize that they may enjoy it and even excel in it. There are plenty of other science and engineering fields that see much higher numbers of women, which is why I think it's so important to reach out to women and girls to make them more aware of computer science in general and to provide opportunities and education to them.

Margaret: Whenever the topic of diversity is discussed, there is always someone who says, "I agree with you, but...". Their concern is generally around the idea that there should always be a true meritocracy, without any handicaps dealt or received, because that is most equitable. Unfortunately, the world does not operate equitably, and because of this, compensating factors must be put in place. Otherwise, the structural disadvantages that marginalized groups face will continue to prevent progress. And this prevents progress for society as a whole, not just the marginalized groups.

Question: How would you encourage more women to get into the field? And how can men help here?

Anna: Don't feel like you need to have a strong computer background in order to get into the field. Take some classes and see if it's for you. Don't let stereotypes hold you back. Men (and women) can help by reaching out to the younger generation, be willing to help out in a coding club or teach at girl scouts. If you have kids, encourage their teachers and schools to include coding in their curriculum. Purchase STEM toys and computers for your daughters. This will help young women to not feel behind their male peers as they enter college.

Margaret: One issue I've heard a lot of my male colleagues in tech mention is that though they want to hire more women, there just aren't enough women with the amount of experience they need. Well, there's an easy solution for that. People with the experience and capacity to do so should encourage more women to join the field and support their growth by providing guidance, advice, and mentorship. There isn't going to be any progress made if you don't put in the effort.

Are We Doomed to Repeat the Security Mistakes of the Past?